Pawning Fashion: How to Get a Loan for Your Designer Handbag

Fashion items like designer handbags can be significantly more valuable than other, more traditional types of luxury investments, such as artwork or jewellery. In fact, certain designer handbags are worth hundreds of thousands, or even millions, of rand.

These sought-after accessories are assets in their own right. Have a Louis Vuitton handbag, or perhaps a Chanel or Hermes? When you’re in need of funds, you can sell or get a loan for your designer handbag.

The value of a handbag doesn’t lie in its materials or style, but in its “pedigree.” Handbags from certain design houses are highly sought after and attract the highest prices.

Possibly the most famous of all handbag brands are Louis Vuitton, Chanel, Hermes and Prada. Also among the world’s most expensive designer handbag brands are Fendi, Lana Marks, Hilde Palladino, Judith Leiber, Mouawad, and Marc Jacobs.

8 of the most expensive designer handbags in 2019

Any designer handbag from a top brand is likely to have value. Certain handbags, though, attract millions at auction or through private sales.

These are the world’s most expensive handbags in 2019. 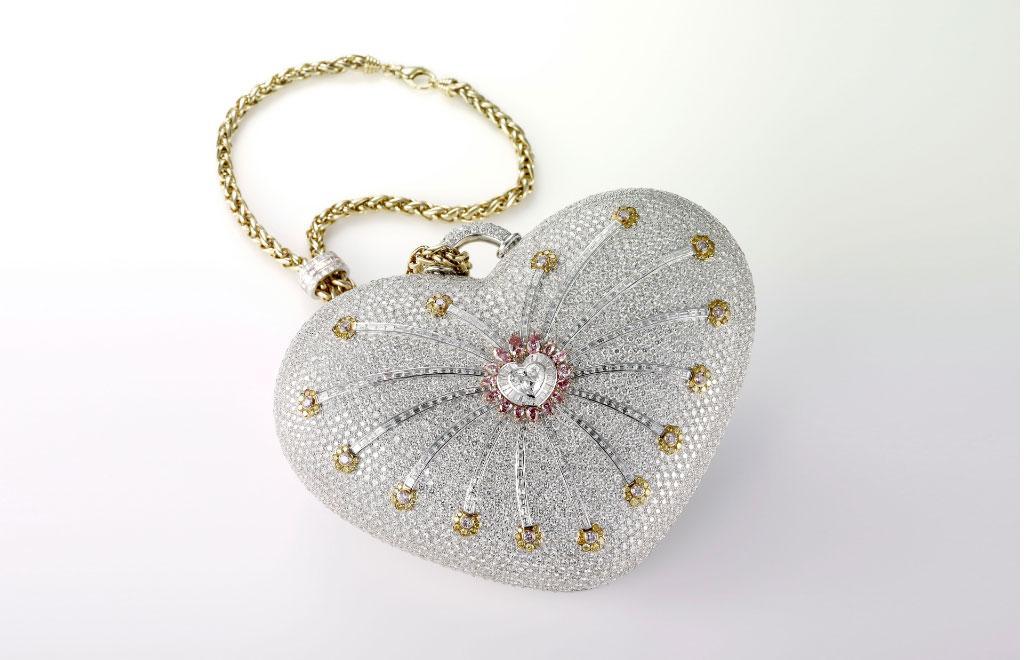 Auctioned for US$3.8 million (about R56.3 million), this handbag has held the Guinness World Record for most expensive handbag in the world since 2011.

Designed by famous jeweller Robert Mouawad, it features an 18-karat white and yellow gold frame, studded with 105 yellow diamonds, 56 pink diamonds and 4356 colourless diamonds. At the centre of the heart-shaped bag is a 5.04 carat F colour, VS1 clarity diamond.

The bag took a group of 10 artisans approximately 8,800 hours to make. 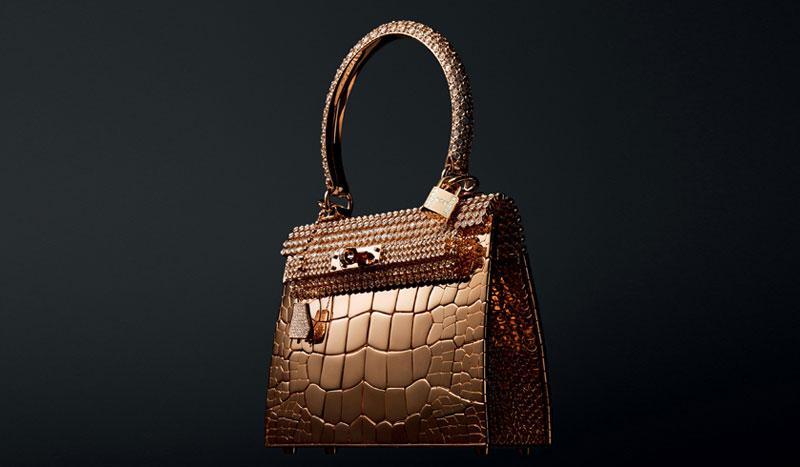 Sold for US$2 million, the Hermes Kelly Rose Gold handbag was a collaboration between Hermes and jeweller Pierce Hardy.

It’s made from solid rose gold, crafted to look like crocodile leather. Oh – and it’s dotted with a total of 1160 diamonds.

Only 12 were made, which has added to the bag’s value. The bags took approximately two years to make. 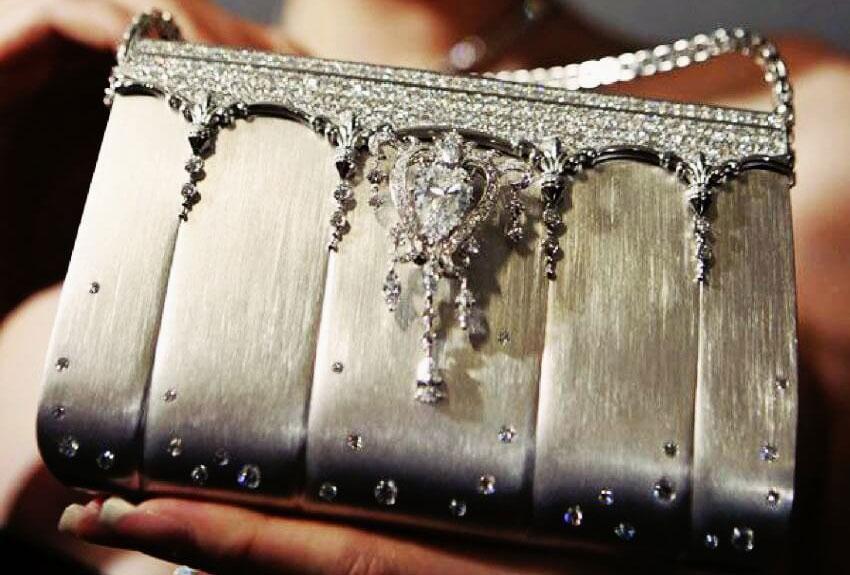 Designed by Japanese designer Ginza Tanaka, this handbag comes with detachable parts that can be worn as accessories. It is made from platinum and features 2000 diamonds. Its centrepiece is an 8-karat pear-shaped diamond that doubles as a brooch. 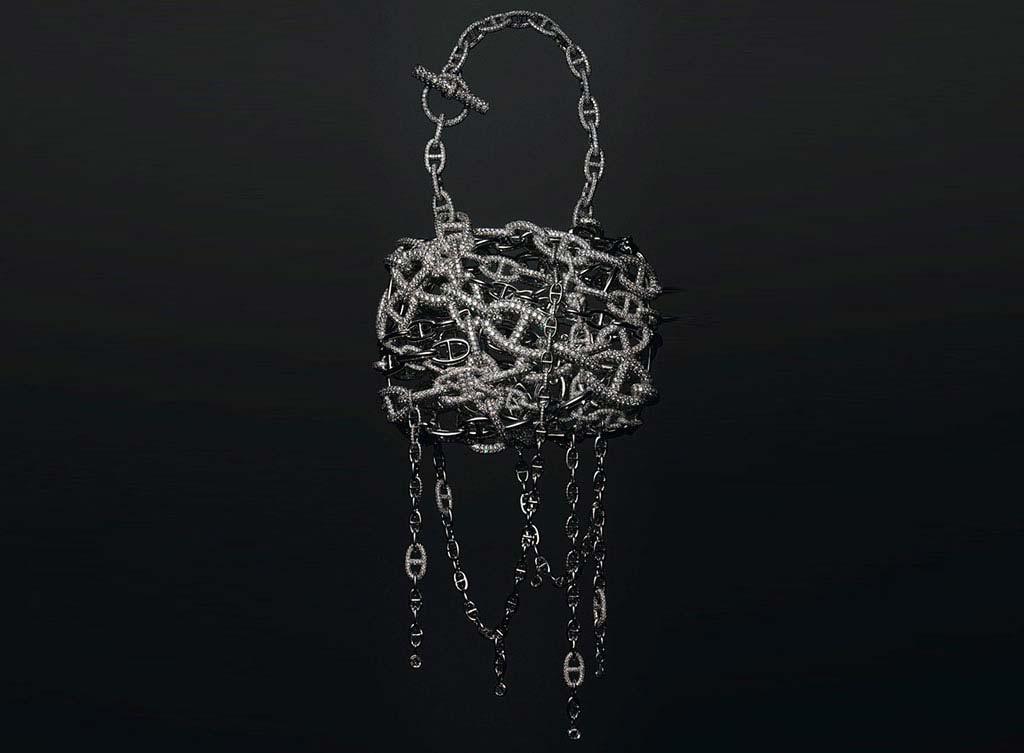 This bag, made from anchor-shaped chain links, is encrusted with 1160 diamonds. It is a Pierre Hard-designed collectable. Only three of the bags were ever made. 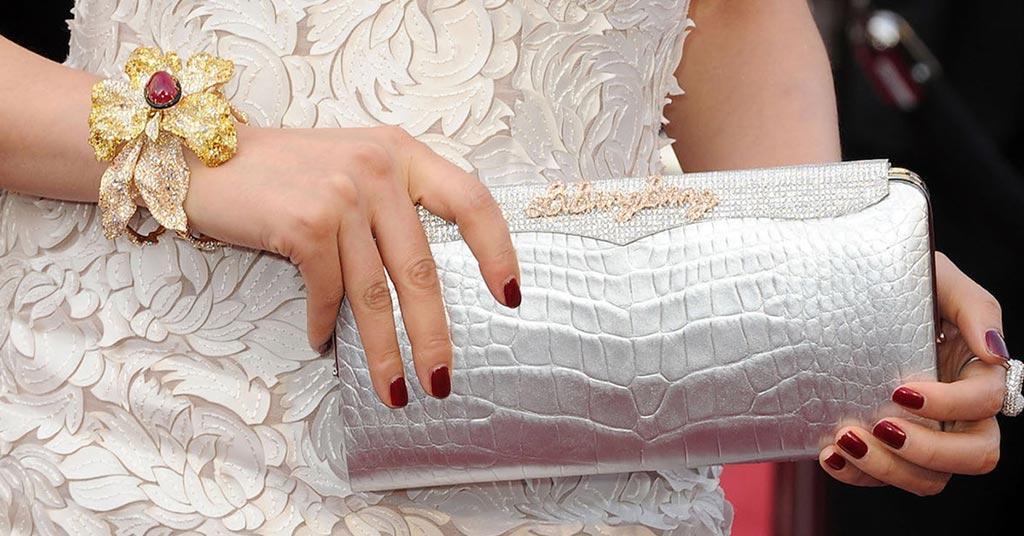 This clutch handbag ranging in price from $100,000 to $400,000 depending on its design. It is popular with celebrities. The most expensive version is owned by actress and singer Li Bingbing. It’s made from alligator leather and features 1600 diamonds. 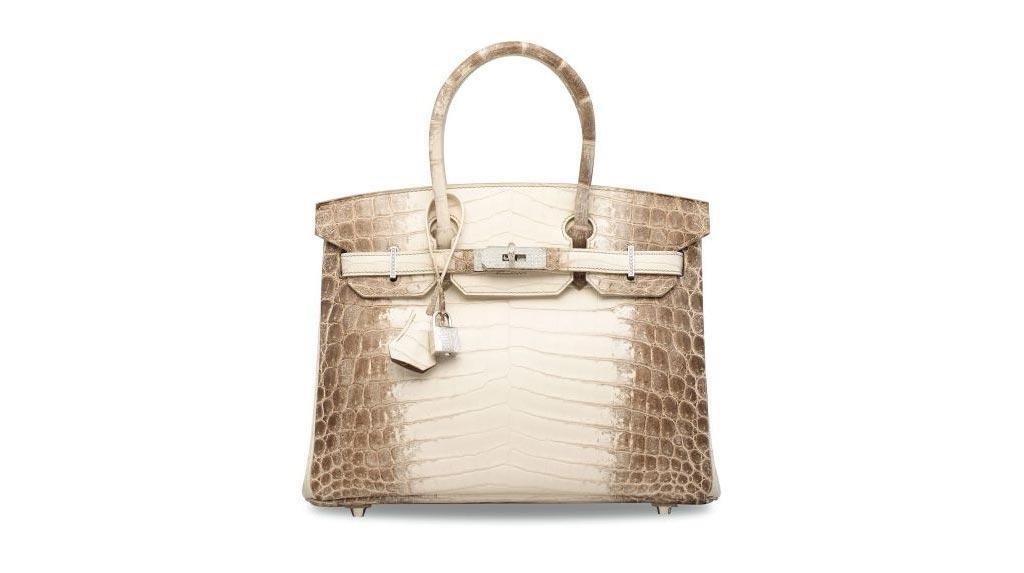 The most expensive Himalaya Birkin handbag was sold at auction for $379,000. The bags are made from Niloticus crocodile leather which is lightened through a lengthy process. The auctioned handbag also featured 240 diamonds.

This handbag is made from crocodile leather and features 334 diamonds. The detachable chain strap is 18-karat gold. Only 13 were made, adding to the value with its rarity. 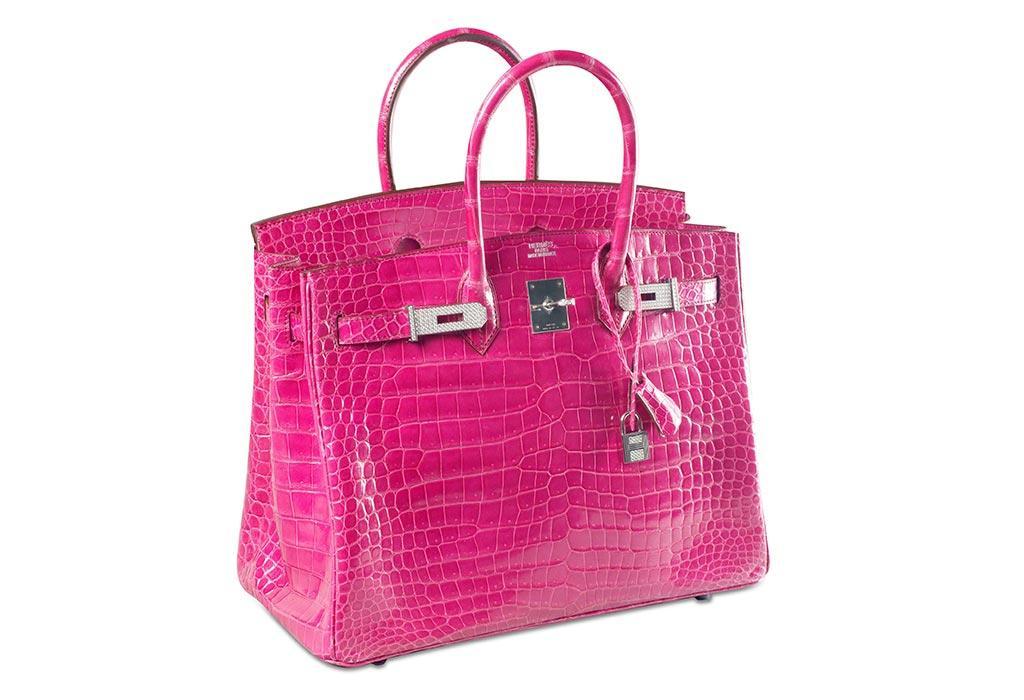 This brightly coloured handbag is made from fuchsia crocodile skin and features white and gold 18-carat diamonds. In 2015, it sold at auction for 1.7 million Hong Kong dollars (roughly R3.2 million).

Getting an asset-based loan for a designer handbag

If you have a valuable designer handbag that’s in good condition, you can use it as collateral to get a loan.

Handbags may need to be appraised or have certificates of authenticity, but you can generally get a short-term loan quickly and discreetly.

Once your loan is approved, the handbag is kept in safe storage until the loan and its interest are paid off. After which the handbag is returned to you, without your ownership or the asset’s value being affected.

Benefits of getting an asset-based loan for a designer handbag from lamna:

At lamna, we offer fast, discreet loans against the value of a wide range of assets, including luxury handbags, jewellery, artwork and vehicles. For more information, contact us on 086 111 2866 or simply complete and submit our online application form.

Tax Benefit of Investing in Art, Classic Cars and Other Collectibles

As well as giving personal enjoyment and long-term returns, investing in luxury collectible items can have tax benefits.

END_OF_DOCUMENT_TOKEN_TO_BE_REPLACED

Top Tips for Investing In Whisky

Whisky has shot up in the value in recent years, surpassing the usual investment items such as gold and property. Here’s why.

END_OF_DOCUMENT_TOKEN_TO_BE_REPLACED

In its short history, blockchain has taken the world on a surprising and rollercoaster ride to redefine the value of collectibles.