Sotheby’s Turns 275: An Interesting History of One of the World’s Most Famous Auction Houses 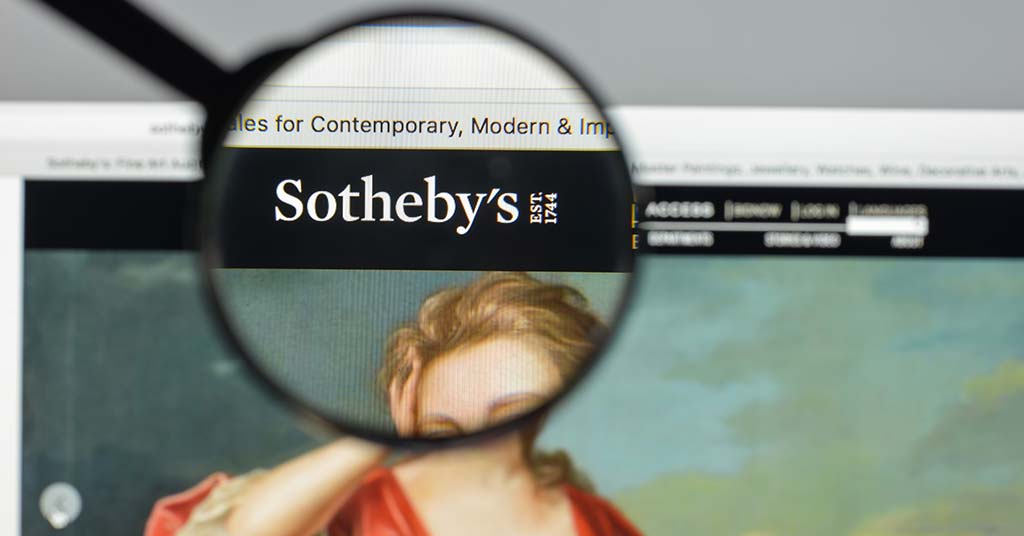 We consider the history of this world-famous auction house.

Some of the most valuable items ever auctioned by Sotheby’s

Some of the most expensive items that Sotheby’s has ever sold include:

When Sotheby’s was founded

In 1744, a London-based entrepreneur, publisher, and bookseller, Samuel Baker, held what would become Sotheby’s first sale.

Then Baker & Leigh, the business quickly grew to be the leading auction house for the libraries of the elite. It became Sotheby’s, as it’s known today, after Baker’s nephew, John Sotheby, inherited the company in 1778.

Sotheby’s introduced the “House Sale” – auctions in the homes where art is housed. It also introduced the “Evening Auction”, with an unforgettable black-tie event in 1958. Both new concepts ended up transforming the modern art market.

In 1973, Sotheby’s became the first to host an auction featuring works by living artists. The auction included work by Andy Warhol. His collection resulted in the largest auction of the 20th Century. It drew 60,000 visitors over the 18-day exhibition period and raised $25.3 million.

Sotheby’s was also the first to host auctions in Asia – and it made auction and political history in 1988, with the first international art auction held in Moscow.

With the century coming to a close, Sotheby’s sales crossed the billion-dollar threshold.

More recently, Sotheby’s Bid Now program has allowed bids to be placed from anywhere in the world, with auctions streamed live online.

Today the company has a global network of 80 offices in 40 countries, with auctions in 10 different salerooms, including New York, London, Hong Kong and Paris.

In 2019, its Bond Street property in London and the gallery space opposite the Elysée Palace in Paris are due to receive extensive upgrades. New galleries are being unveiled in Manhattan, too.

Sotheby’s has been publicly listed in the United Kingdom since 1977 and went private for the first time when businessman, A. Alfred Taubman, bought the company in 1983. It went public again in 1988, with a listing on the New York Stock Exchange.

In 2019, after 31 years as a public entity, Sotheby’s is returning to private ownership. On 17 June, telecoms and media mogul, Patrick Drahi, purchased the company for $3.7 billion dollars.

The decision was well received by Sotheby’s CEO Tad Smith: “Patrick Drahi is one of the most well-regarded entrepreneurs in the world, and on behalf of everyone at Sotheby’s, I want to welcome him to the family.”

At lamna, we don’t deal with auctions. However, we do offer fast, discreet loans against the value of a wide range of assets, from luxury watches and jewellery to vehicles or valuable artwork.

The most bankable local artists for art investors.